The scoop:  We have a pack of 6 kitties, 1 of whom came to us last holiday season.  I think she put out the word on the streets that there was a great inn with suckers-for-a-cute-kitty running the place because in March, he showed up at our back door. We weren't going to let him in, but he came around the front of the house and sat on the front porch and seduced me with those eyes.  We tried to find his owner, but no one spoke up.  Tried to place him but everyone we know already has kitties and could not take a new one.  We decided to keep him, but with 6 others already and a small living space, the dynamics just didn't work. (he was a HUGE mama's boy and did not like me giving my attention to the others...that combined with being huge and a bit of a bully, and it was rough for a while).  Although I personally know the folks at the local shelter, I just couldn't get myself to bring him there.  I posted online again looking for a possible owner, and found someone who was not his original, but who fell in love with him and took him home to cherish!
( More...Collapse )

He's been in his new home since the summer and I still miss him, but know it was the best for us all.

So, I am the meanest mommy in the whole world. When Ianto was a kitten, I put Ptera's baby sweater on him: 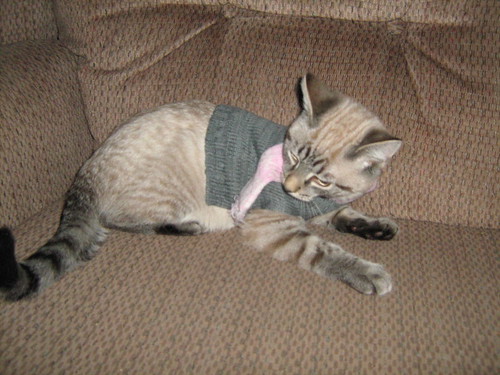 (Ptera is my polydactyl white cat, full name Ptera Dactyl. This is what happens when you let men name cats.)

Also, Ianto is good at meditating: 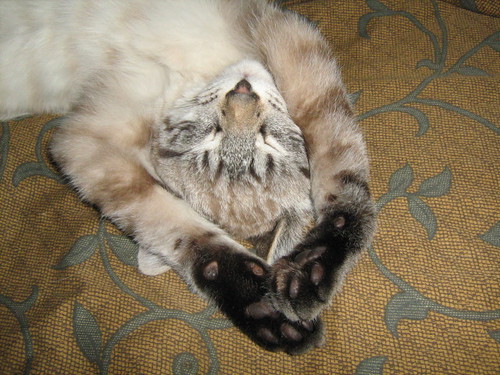 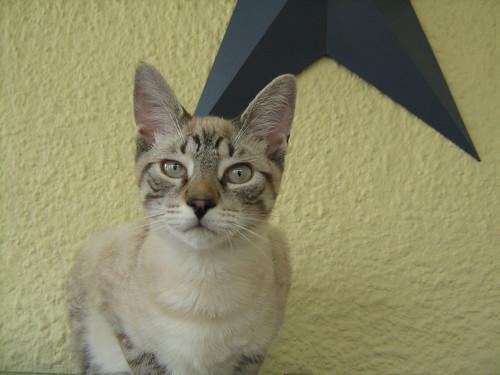 Ianto was found with two siblings in a cardboard box in the middle of a grocery store parking lot, where the box could be run over. A friend of mine was there, and asked her husband not to run the box over in case there were rocks or something in it that would hurt their vehicle. She also had him move the box so others wouldn't have their vehicles damaged.

When they opened the box, three tiny identical kittens, not even weaned, were in there. One of them was no longer alive.

Another customer who had come over to see what was going on took Ianto's siblings--she was going to keep the living one, and give the deceased one a dignified resting place. Laurie took Ianto home and syringe fed him until he could eat and drink on his own. Her cat Izzy, however, wanted to destroy him, and Laurie had to find him a new home.

Little did she know, Izzy was not the villain. She could sense evil, and it was in Ianto. Many puncture wounds later, however, I now have a loyal parasite companion that won't even let me use the bathroom alone. And god forbid I take a bath, because MOM YOU MIGHT DROWN OH NOES.

I wouldn't trade him for anything. 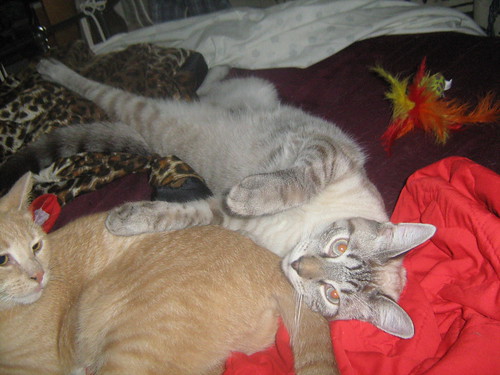